In c.1958, Ken and Reg Hailstone began an ironworks company manufacturing gates. They started by working out of a rented outbuilding on Sunnydale Road, Hinckley, but as the business grew, they looked for their own premises. In 1962, they bought 53A Trinity Lane. They manufactured gates for mail order nationally and advertised in several national newspapers. This was a huge success with a waiting list of several months, and so they wanted to add another product to their business. They came across metal venetian blinds and soon began manufacturing these using a model system supplied by a company in the West Midlands. The blinds were made alongside the gates in the same Trinity Lane factory. Ken and Reg brought in another of their brothers, Fred, and a friend, John, to manage the blind manufacturing and so Shadewell Blinds was created and started trading in 1969. Unlike the gates, however, they found the blinds sold much better locally. Therefore, whilst they did still offer mail orders, the bulk of their business was with the local community.

The business continued to grow and needing more space again, Ken and Reg bought a derelict TA base on the corner of Britannia Road, Burbage. They started by repairing sections and renting them out to local businesses. In c.1971, they moved the production of Shadewell Blinds to the Britannia Buildings and by this time, a friend called Brian Armstrong was managing Shadewell. In 1974, Chris Hailstone (Ken’s son) became a partner in the business. Soon after, they created a showroom for the blinds at 53A Trinity Lane and around 1978, Chris and Ken bought 72-74 Trinity Lane, which had been a Co-op corner shop. This was converted into a blind and gate showroom, allowing 53A to become a dedicated gate factory and the manufacturing of the blinds remained at the Britannia Buildings.

By 1979, Shadewell Blinds were manufacturing a variety of blinds, including venetians, rollers and verticals and continuing to sell to local people and businesses. They had also extended to offer a full measuring and installation service. Around 1989, Chris decided to stop manufacturing gates in order to put all their resources into Shadewell Blinds and sold the gate manufacturing side of the business. All blind production was moved to 53A Trinity Lane, with a showroom opposite in 72-74 Trinity Lane. In 1999, Chris retired and sold to business to employee, Michael Clews, who had joined the business in 1984.

Since then, Shadewell Blinds has continued to manufacture and sell blinds from the Trinity Lane factory and showroom. Whilst the product range has expanded to shutters, curtains, romans, soft-furnishings, home automation, awnings and more… Shadewell Blinds still rests on the same ethos of manufacturing, supplying and installing quality bespoke products at affordable prices, ensuring excellent service and employing local people.

We are proud to have been established as a local business for 50 years and we are grateful to all who have chosen to buy from Shadewell Blinds over this time. We hope for many more years of serving the local community with outstanding products and service. 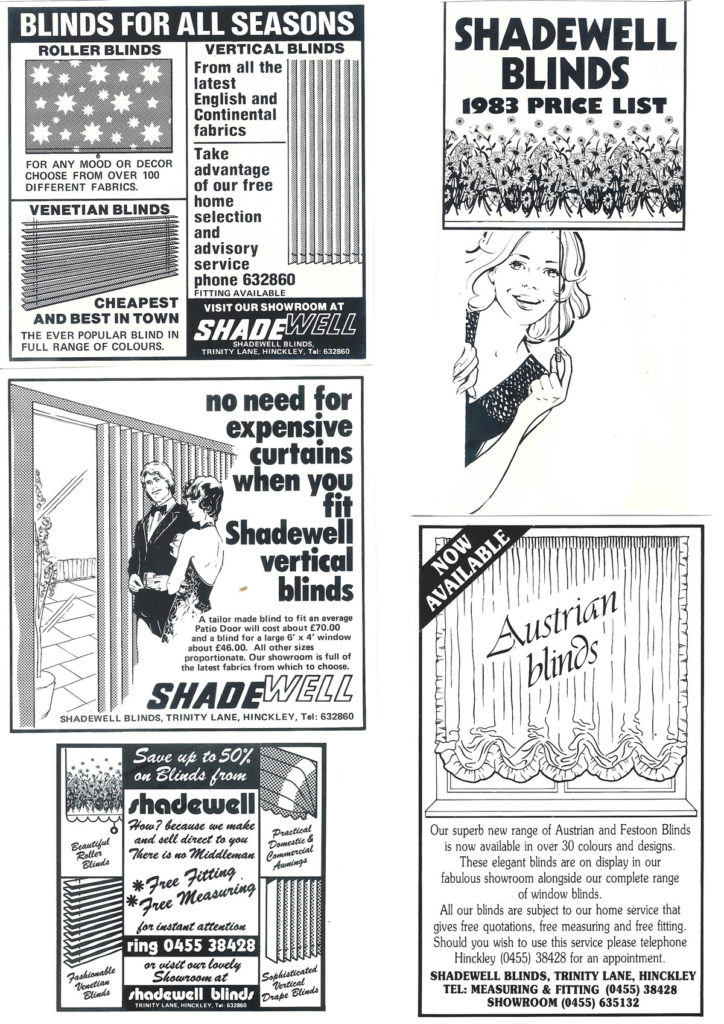 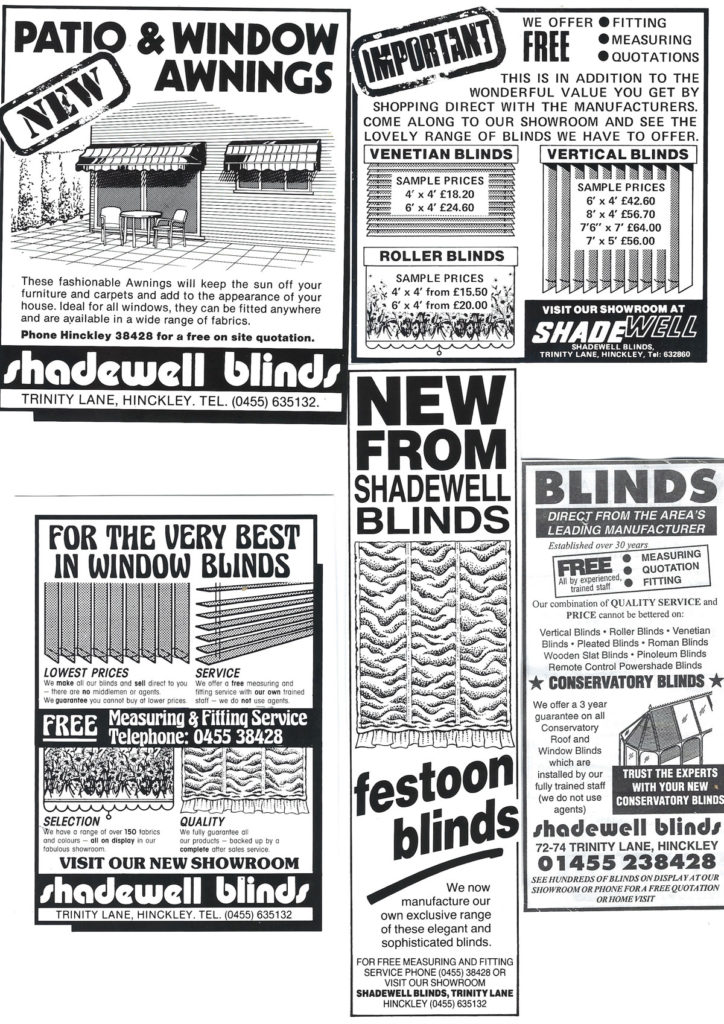 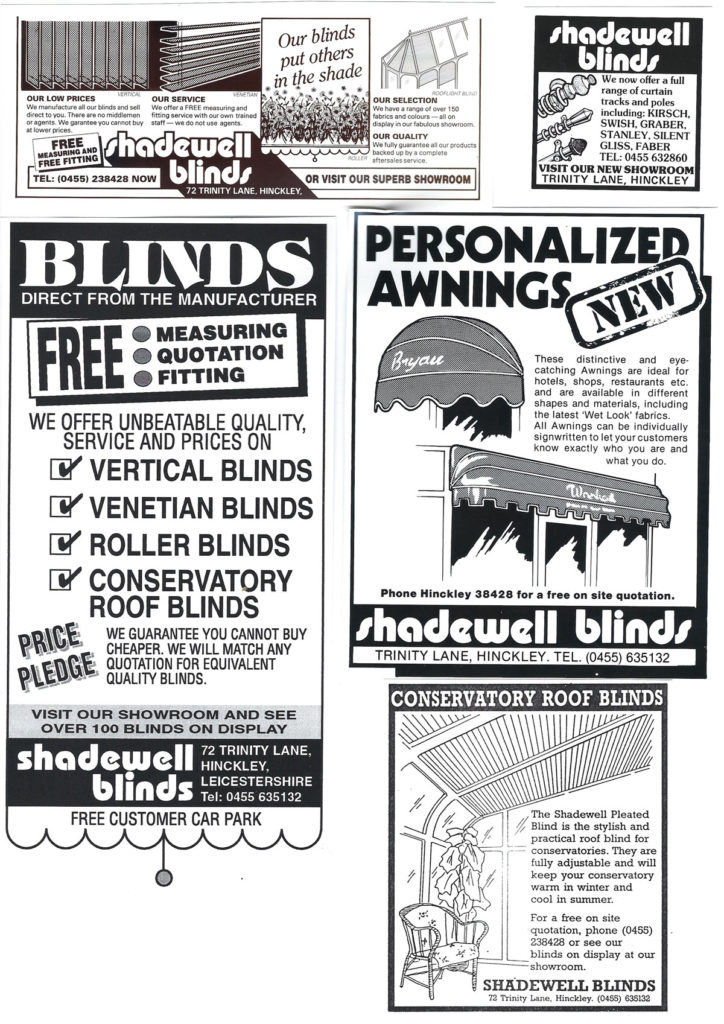 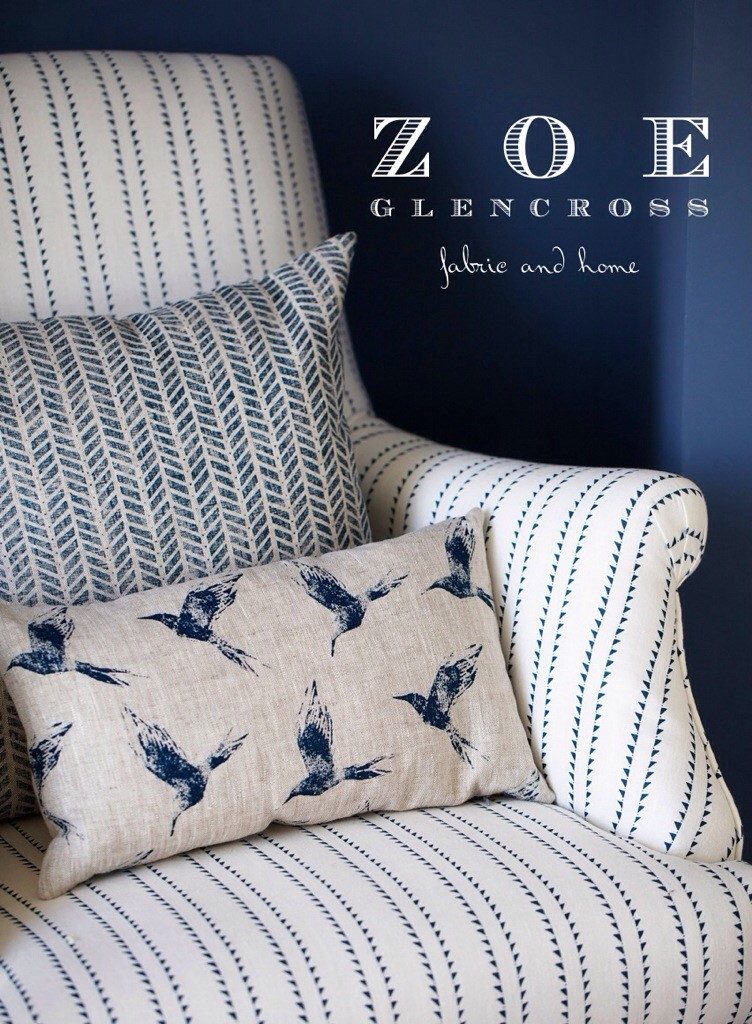